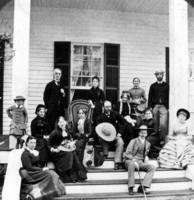 This photograph is originally a stereoscope image, sourced from the State Archives. While there are no names attached to the faces we see here, one piece of evidence stands out: the chair in the center. This chair and two others like it still reside on the second floor of the house, and were originally purchased by Mr. and Mrs. White. The image here is dated to March of 1881, right in the middle of the White Era. The chair's presence, the date the image was made, and positioning of the couple on either side of the chair strongly suggest that they may indeed be Mr. and Mrs. White. No other images of the two exist, as far as we know. 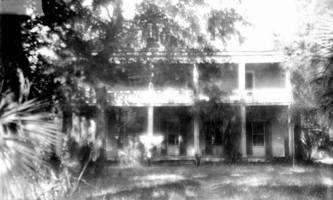 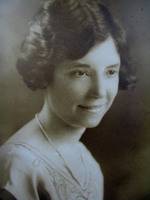